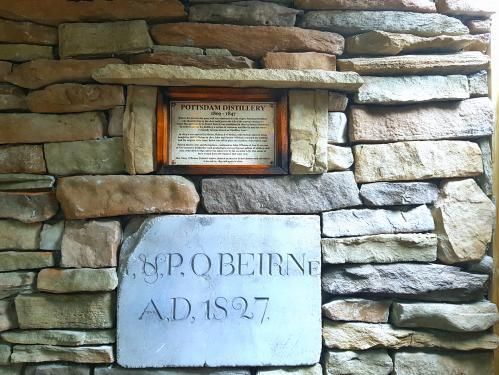 The Origin of Whiskey

In more recent years visitors to Sean's began to ask questions about what people used to drink in pubs years ago.

People love to visit Sean's bar for its amazing history, its unique atmosphere and of course its traditional Irish music but more and more people became more culturally curious and wanted to know more about the history of alcohol in Ireland. "What did people drink 1000 years ago?" many people would ask! We had known the history of some of Ireland's largest commercial breweries and local distilleries including Guinness (1759), Smithwicks (1710), Kilbeggan Distillery (1757) and Tullamore Dew Distillery (1829). However when we began our journey of discovery into the very origin of whiskey we were amazed to discover that it all began around the Midlands surrounding Athlone in the many small monasteries on Lough Ree and further down the river Shannon to Clonmacnoise.

Athlone itself had a great tradition of distilling throughout the centuries. Whiskey has three main ingredients; Barley, Yeast and Water and Athlone's location of the majestic river Shannon meant that it was a prime location to build a distillery. Located on the Westside of the town were two main distilleries; The River Shannon Distillery and Pottsdam Distillery each of which produced over 40,000 gallons of whiskey each year. Pottsadam distillery 1809-1847 was situated on the land owned by John Potts and was established by Samuel Robinson in 1809. In 1814 it was acquired by Thomas and John Holton and John O'Berine. John O'Beirne later bought the Holton's interest and he was later joined by his brother in business - Patrick O'Beirne. A date-stone belonging to the distillery which was visible in 1956 read " J & P O' Beirne 1827" We are proud to say that this date stone is now on display in the beer garden of Sean's Bar together will a specially commissioned plaque detailing the history of Pottsdam distillery - We believe this to be the last remnant of any distillery in Athlone still in existence and we are delighted to be custodians of such a valuable piece of local history.

The much travelled Irish monks discovered the art of distilling in northern Spain. At that time distilling was used for perfumes and aromas. The monks brought these secrets back with them and on their return to their monasteries on the islands of Lough Ree and along the river Shannon as far as Clonmacnoise.They soon realised that they could distill a spirit which tasted nice! The spirit became known as Aqua Vitae or Uisce Beatha - "The Water of Life!. Whiskey had been discovered! Over the years the monks perfected the distilling of Usice Beatha and in fact the distilling of whiskey remained the preserve of monasteries until the Tudor period when King Henry the eight realised that taxes and excise could be applied to whiskey production! The monks later travelled to Scotland and to Iona where they continued to spread the word of their magical discovery. This is where scotch whisky originated from. Later a famous Viking , Eric the Red brought this secret of distilling to Greenland and in time it made its way to Canada and North America.. The Whiskey world today owes a great debt of gratitude to the monks on Lough Ree, the birthpalce of Whiskey  slainte.

Sean's Bar Irish Whiskey was inspired by these monks around Athlone and Lough Ree. The earliest recorded mention of whiskey anywhere in the world appears in the Annals of Clonmacnoise referring to it as Aqua Vitae in 1405. The word "Whiskey " itself came from shores of Lough Ree in the late 12th century. It is known that the armies of King Henry ii during his occupation of the area around Rindoon coined the name whiskey having sampled the local Uisce Beatha. They loved the taste of the spirit.. but the english invaders just couldnt pronounce the word.. Gradually the name Uisce became fuisce, uiskie, whiskie and finally whiskey!  Henry's grandson, King Henry iii later built the castle at Rindoon !